How Meldonium became so popular

My dad was using Erythropoietin also called EPO . It helped his fragile , beaten and quite sick body to generate more red cells thus feel a little bit more like a human and he was taking it before it become popular among professional cyclists after year 1995. You probably are wondering why I am mentioning this . I mentioning it because with high certainty somebody’s parent takes Meldonium. Which is famous because Maria Sharpova allegedly was taking it for her heart condition but in the same time this substance has become very popular among wide range of professional athletes.

In both cases somebody thought of using these medicines for other purposes, that being enhancing athletes performance. If you think about it, it is quite rational thinking since both of these substances impact metabolism and increase oxygen consumption effectiveness. The practice of using medicines to enhance performance is not new , it has been going on for decades and the primary target for abuse is substances which impacts oxygen metabolism in some way which later could be beneficiary to athlete. Guys at World anti doping agency (WADA) is not naive and are well aware of this practice and are looking for those kinds of medicines also, only to research them and ban them. It does not end with common medicines , athletes in some of the most competitive sports as cycling sometimes try to get hands on drugs which are not yet finished clinical trails.

Since WADA decided that they will ban Meldonium in January of year 2016 , more than 10 athletes have been caught , majority Russians, few Ukrainians , Swedish athletes and Italian.

The change of Meldonium status did not came as unexpectedly as one can think. In year 2015, organization called “ Partnership for Clean Competition “ in alliance with US ADA and US Olympic Committee went ahead and conducted a rather wide test study where they analyzed about 8000 random and anonymous urine samples . Athletes who’s samples they investigated , where from various sport types. They found that 2.2% of the samples had traces of Meldonium in them. In their view it was enough to rise suspicion and start the process which led to Meldonium prohibition.

On one hand the latter reasoning could be good enough for some of us but there are arguments which could contradict the reasoning and the Meldonium ban all together. The thing is that WADA do not actual proof of enhancing properties of Meldonium, yes, they do not have scientific research backing up their ban. Yes, there are several researches which have assumption in them but nothing solid. WADA official stand point is that Meldonium was used with the intention of enhancing performance . One can argue that caffeine also should be banned in this case. There also is another drug which is very popular among athletes and it is called Actovegin. I will not get in to details what it is but I will mention that it was banned by WADA for a year or two and then unbanned and that it has enhancing properties in large doses. So why such drug as Actovegin which is widely used by athletes is not banned buy Meldonium is , is a mystery, possibly there is a hidden agenda.

Lets get back to the short history lesson in Meldonium.Ivars Kalvins which right now is the chairman of Latvian Institute of Organic Sythesis invented Meldonium in the 1970s allegedly for use on livestock but there is a good amount of doubt there. With a good probability Meldonium was developed for military use in Soviet Russia , Latvia at the time was under Russian occupation. Right now it does not matter that much for what it was developed originally but the actual benefits of this substance , scientist in the 1980s showed that Meldonium can help in case of several conditions: heart failure, myocardial infarction, arrhythmia, atherosclerosis, and diabetes .

It could be defined as catalyst for energy efficiency, which increases oxygen metabolism effectiveness by doing these things it increases stamina, endurance and speeds up recovery processes.

As much as some individual, athlete or not can benefit from Meldonium, It has been quite good for Latvia’ s economy as well. Grindeks, the biggest Meldonium manufacturer in the world, had a turnover of 132.4 million Euros in year 2017. Off-course it is not the Meldonium which single-handedly made it happen but you get the picture.

There is something else worth mentioning – the Chair and the majority share holder of Grindeks is a member of Latvian Olympic Committee and for a good time period was also president of the Latvian Hockey Federation. This fact has been noticed also by US WADA officials but the truth is that it is just a very interesting coincidence . In Latvia which is a post Soviet Union country it is not so uncommon to someone with high status and wast amounts of wealth to occupy several high ranking chairs in wealthy organizations, these kind of people also are refereed as oligarchs.

Most likely there are a lot of elderly and middle age people which are using Meldonium to improve their health . It is not outrageous to assume that these people are not only in Russia and Post Soviet countries anymore but also in US and other countries where Meldonium has not been approved yet.

Neither it is outrageous to assume that somewhere someone ,probably chemist is tweaking molecules with purpose to find new medical substances which sooner or later will be make a good performance enhancing drug (PED). 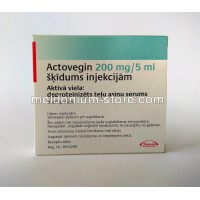